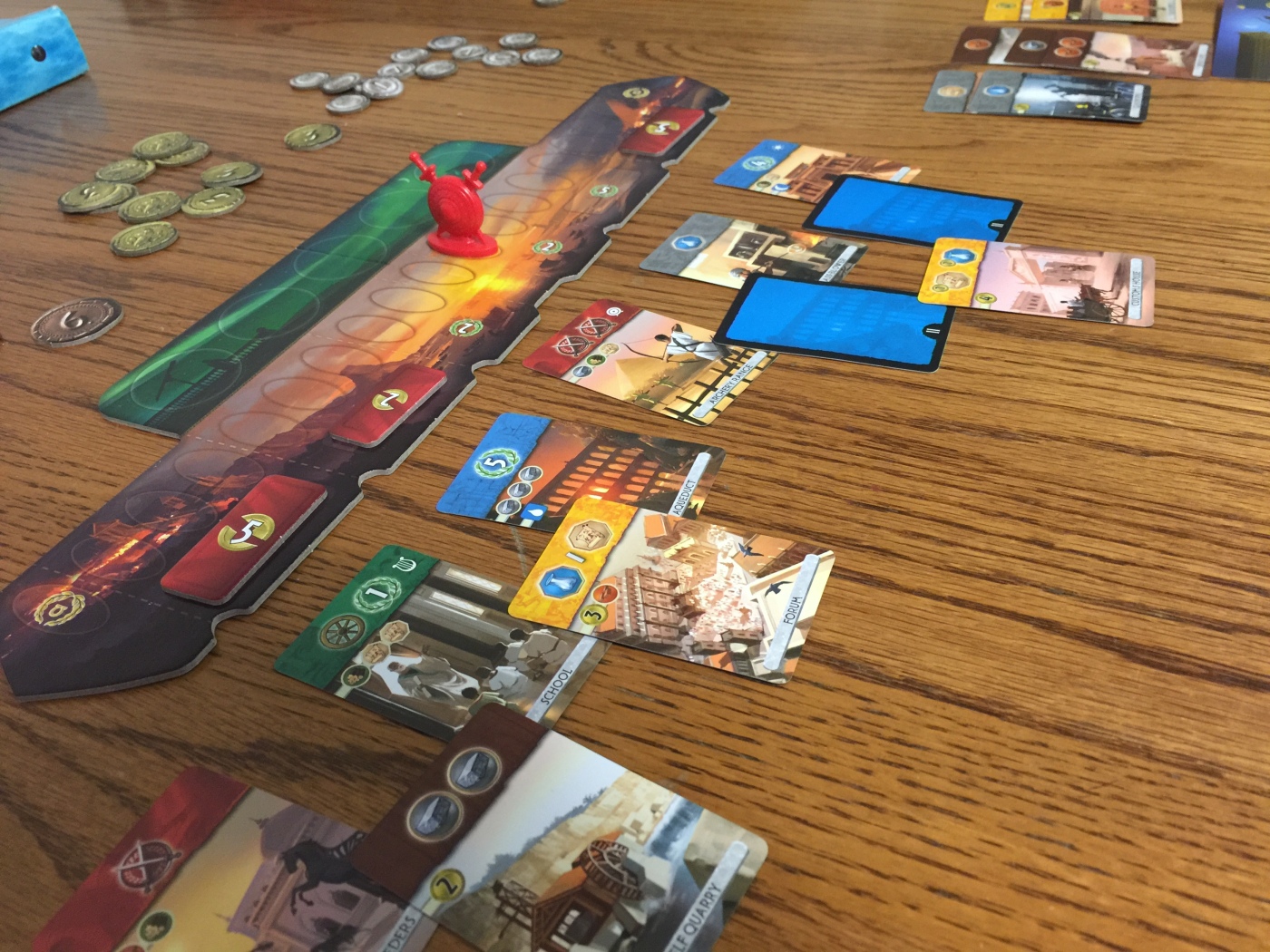 In Life on the Mississippi, Mark Twain marveled at a Louisiana word he heard used very frequently, called “Lagniappe.”  He called it “something thrown in for good measure,” and compared it to the thirteenth donut in the baker’s dozen.

What is interesting about Twain’s essay is the story he relates about its usage. Here’s Twain: “When a child or a servant buys something in a shop — or even the mayor or the governor, for aught I know — he finishes the operation by saying — “Give me something for lagniappe.”

Notice that the child is asking for extra even though he received his full due.

That brings me to my next topic. In terms of expansions to our favorite games, when is enough, enough? When have we gamers received our full due?? That, my friends, is a question for another time, but today, let’s figure out together whether “enough is enough” when it comes to Antoine Bauza’s top rated civ building game, 7 Wonders.

The original 7 Wonders is a card drafting game similar to Fairy Tale, Sushi Go! or Magic: The Gathering draft style games, but in 7 Wonders, the admittedly tenuous theme is a competition among up to seven players to score the most points as you build the ancient 7 wonders.  Players take turns drafting their “civilization” out of a shared set of cards. The cards that are drafted generate resources, build up military, garner money, stockpile victory points and eventually lead to the building of one of the great 7 wonders. The player with the most victory points at the end of Three Ages (each with successively more powerful cards, buildings and resources) wins!  Antoine Bauza has released three major expansions for the game, all changing the rules or adding to them significantly. But there was one area he did not address until now.

Look, 7 Wonders is an awesome game, one of my favorites to play.   But the base game is more fun with at least 3 players (I think the sweet spot is 4-5 but it handles 7 quite easily). And it does take some explaining for those new to the hobby.

It also contained a two player variant that…well really wasn’t all that fun. But now,  Bauza’s back, with his fellow game designer, Bruno Cathala(that’s right the guy from Shadows Over Camelot and Five Tribes).

And the two of them have designed a variant for the game that is so much more than just a variant. It truly stands out on its own as a new game. I am talking about that 2015 release from Repos Productions, 7 Wonders: Duel!

In 7 Wonders: Duel, Cathala injected a unique pyramid building structure for each age (so the shared hand is laid out in front of both players instead of in hidden hands.) Of course, some of the rows of cards are face up (and you can make a plan for how to get them) and some are face down (so it is a surprise to you when they turn over). It plays very similar to 7 Wonders in the respect of drawing the resources, building the buildings, and getting victory points, but they made subtle tweaks to a few areas. For instance, there is a military track where each military card moves the plastic shield piece one way or the other towards the players depending upon the number of shields on the card played. If one of the players can move it all the way to the other side of the track, then the game is over.

They also changed up the way science buildings are scored, and introduced a randomized set of “bonus” cards that can really change your strategy of building your civilization. In the games I have played so far, money has been tight early in the game, leading to a lot of tough choices whether to buy a card or wait for the cheaper one down the road.

So, let’s turn back to that final question. Is “enough, enough?” in the case of 7 Wonders?   Did we really need to ask the designer for yet another expansion to what was already a great game? Did we really need a littler “Lagniappe” for 7 Wonders considering the very well received expansions that have already been produced?

Absolutely!  7 Wonders:Duel is not only a great addition to the 7 Wonders family, it can stand on its own as a great game.

If you like two player games, or you like 7 Wonders but can’t always get that big game group together, then 7 Wonders:Duel is for you.

Better rules, better gameplay, great components — 7 Wonders: Duel is the complete package. So head out to your friendly local game store, and ask for a little lagniappe —