What is the largest board game convention in the entire western hemisphere (and arguably in the world?) GEN CON of course!

The Krewe Capitain at Board Game Gumbo has some tips for you…your guide to the best games debuting at Gen Con 2016.  We could also call this list “The Top Five Games I Don’t Want You to Purchase” because I don’t want the publishers to run out before I get there on Friday!

From Rob Daviau, the designer of Pandemic Legacy and Risk Legacy (among tons of other games) comes the highly anticipated legacy game that is all about exploring an uncharted ocean, and battling for the lands and treasure you find with up to three other  players. Poo-yie! I doubt that there will be any left on Friday afternoon when I get there, and you can always pre-order them from the Plaid Hat Games website, but boy does this one look good.

I have played a few campaign games (most notably the D&D series) but have yet to try a legacy style game. I tired out on Risk way back in my youth, and couldn’t find anybody psyched enough to try Pandemic Legacy. But this SeaFall looks like it hits all of the markers for both my family and my game group. Five cayenne peppers on the Gumbo hotness scale.

2. Oceanos — One of my favorite designers is Antoine Bauza, the designer of 7 Wonders, Takenoko, Tokaido, Hanabi, and many, many more.

Antoine brings a new take on card drafting with what looks like gorgeous components and fun game play. Gotta try this one out.

I love the games I have purchased from Iello, heck Steam Park is one of my all time favorites. I am assuming that the game company will also do right by a designer of Bauza’s stature. Four cayenne peppers on the Gumbo hotness scale.

3. The Networks — Gil Hova is an interesting designer, and I just love the theme of this one.

Forget your tired Trading-Zombies-in-the-Mediterranean-Space-Fantasy themes — Let’s run a television network! This game looks like a cross between the movie UHF and a typical Euro, but the artwork and the theme draw me in like a moth to the campfire. Plus, Gil Hova seems like an earnest, nice guy, hard working designer on all the board game media he appears, so I am rooting for him on this one.

The only downside? The hype has been building since Origins, and I am afraid it is going to sell out! Stay away! Four cayenne peppers on the hotness scale. 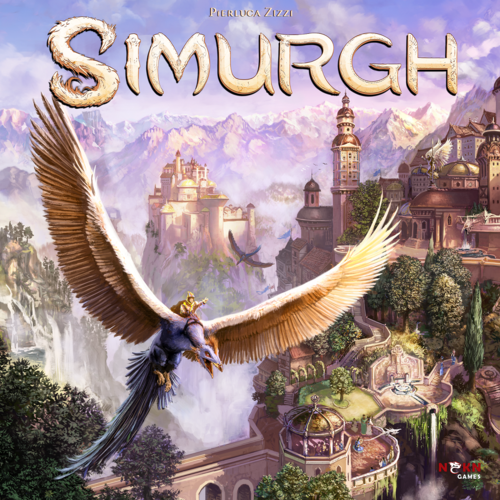 Okay, I know this is a 2015 release, but I don’t think it ever made it to American shores or USA consciousness until this year. So, I am sticking with this pick.

I really got interested when I saw Tony (the other guy from Rolling Dice and Taking Names podcast) posting pictures of the game play at Mega Moose Con. The RDTN boys seemed to talk it up a lot in their last cast, so let’s try it out.

5. Arcane Academy — you want to talk long waits, how about the loooong wait for this gem from the hit duo of Eric M. Lang and Kevin Wilson? 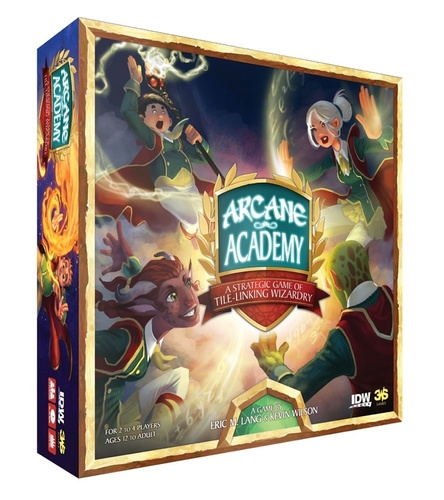 That’s right, these two giants have teamed up for a game that has Tom Vasel drooling in anticipation. (That’s good enough for me!) Three cayenne peppers on the hotness scale.

LAGNIAPPE: can’t leave a blog post about Gen Con with out a little something extra! Go by the Blue Orange booth and check out the new promos and expansions for NY1901. That is the game designed by Chenier LaSalle that I voted for best family game of 2015. It has been sorely needing some goodies, and it looks like the folks at BO have some great stuff. All I ask: just PLEASE leave me a set of minis?!?!?

How about some runner ups? There’s plenty to choose from, but I plan to check out:

Rails and Sails for Ticket to Ride

Isle of Skye
Hope to see you at Gen Con! Until next time, Laissez Les Bon Temps Rouler!