The month of January means retrospective looks at the best of 2018.  We’ll have a two part series from Bradly and BJ with their top games of the year, followed by a wrap up blog post talking about the Krewe’s favorite games overall.

If it wasn’t for Tabletop Simulator, Feudum would likely be much father down this list. I have played this game a total of one time in person, but many more online. It is just such a heavy, brain burning, and long game that I have a tremendous time getting it to the table. But it is exactly for those qualities that I truly enjoy this game. Every player starts with the same cards (unless you’re playing the Alter Ego variant), but from that comes so many different possible strategies that it is mind-blowing to try and consider them all. There are so many aspects of this game that I enjoy that it’s hard for me to even know where to begin. From the cards to the guilds, to combat, buildings… I love almost every inch of this game (I’m looking at you, Epic Voyage). Feudum is definitely not for everyone; it is very much a ‘love it or loathe it’ style of game. But if you enjoy brain burning Euros and want to play one in the sandbox style, I cannot recommend it highly enough.

Although they may not look it on the surface, my #1 and #2 are actually very similar. In one you’re competing for leadership in various guilds, and in Western Legends you’re trying to be the best cattle herder, or outlaw, or sheriff, or gold prospector… you can see where this is going. Western Legends is a sandbox game very much in the same vein as Feudum, but with wildly different fan bases (at least from my experience). I know people who adore Western Legends who wouldn’t touch Feudum with a 10-foot pole, but I love them both. Western Legends is, by far, the simpler of the two and more thematic in most ways, but it’s my number 2 because, well, I don’t mind complexity and themeless Euros are kind of my bread and butter. It’s also slightly behind Feudum because I feel that Western Legends suffers without some of the expansions (like Ante Up), while Feudum is perfectly fine in its’ base form.

If VAST and Scythe had a baby, it’d be named Root. This whimsical and yet really vicious game has certainly found a player base; it’s actually rated higher on BGG than my #1 and #2. But for me, Root is lacking in that I prefer its’ two parents games more. It isn’t nearly as asymmetrical as VAST and it’s not as mechanically sound as Scythe, and for that it’s relegated to my #3 spot.

Remember earlier when I said I like themeless Euros? If a mechanic had a game that perfectly encapsulated it, it would be themeless Euros and Coimbra. There are other games that come close to the perfection of Coimbra (Lorenzo il Magnifico for one) but it takes the top prize, as far as I’m concerned. There really isn’t much to say about this game except that it’s the most complete Euro I’ve ever played. There’s dice drafting, worker placement, action chaining… basically everything you love in a Euro, in one game. They should just call it ‘Euro: The Game’ and be done with it.

5. Detective: A Modern Board Game

If I had to list my top experiences of the year, playing through all of Detective would definitely be leading the pack. As an experience, this game is wildly successful. If you love Law and Order, CSI, and all the myriad of cop/detective/investigative shows on TV, you’re going to love this game. But you can only play it once, and for that it falls to my #5. I understand that they could not do this game and make it replayable; I am not, in any sense, faulting the work that Portal did (the amount of researching and threading of narratives they had to do for this game amazes me). However, single play games just take a hit for me, which is a shame because Detective is truly amazing. 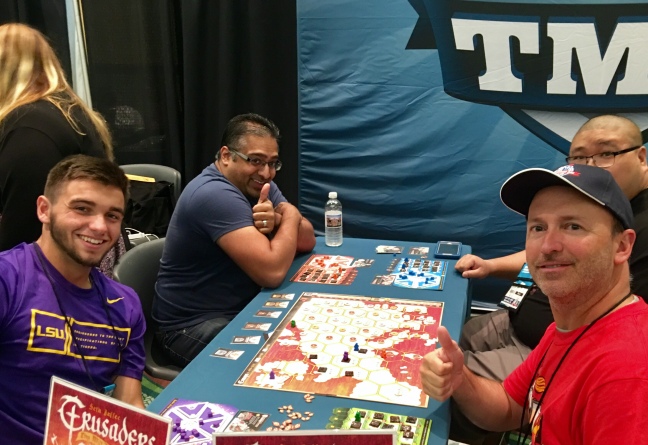 6. Crusaders: Thy Will Be Done

I am a sucker for certain themes, the Crusades being one of them. So when I saw a Crusaders game (yeah!) on Kickstarter from Tasty Minstrel Games (yeah!), I barely even looked before hitting that ol’ Pledge button. If I’m honest though, this game is still a slight disappointment to me, if only because I had such high hopes for me. I enjoy the rondel mechanic, the ability to customize it and the fact that there are varying strengths to the actions you take. The buildings, with their unlockable bonuses, are a staple in Euros and are well implemented here. There is nothing ‘wrong’ with Crusaders, it just doesn’t wow me as much as I was hoping. And for that reason, it’s my #6; still a very strong game, just a bit lacking behind Coimbra.

Do you play Sudoku and love puzzles in general? Then, oh boy, do I have a game for you. I was not expecting to like this game, but I really do. Take the idea of ‘Mystery of the Abbey,’ strip away everything but the puzzle aspect, and you have Cryptid. For a pure puzzle game, I’m hard pressed to think of another one. The only reason it’s not higher on my list is because I think you’d only get 6 to 8 plays out of it before you’d get bored of it. There is plenty of replayability with the 54 setup cards provided with the game, but you’d just be so much better at playing the ‘game’ than other people that it wouldn’t be much of a contest. Also, I couldn’t imagine playing this with any less than 4 players.

Treasure Island would have won my award for ‘best puzzle game’ before Cryptid came along. A much meatier game than Cryptid, I just really enjoy this one-v-all treasure hunt game. Using a lot of the same mechanics of Fury of Dracula (one of my favorite games all time), but with a very different theme, Treasure Island has just the right mix of entertainment and gameplay. Playing with less than 5 is what worries me most about this game, because I find it falters a bit at that point. 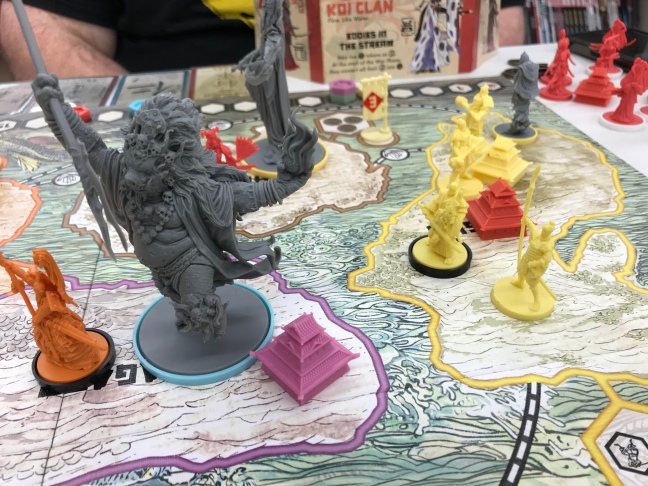 It’s a shame, but it seems that CMON is suffering from its own success. I enjoy a lot of the games they put out, but they put out so many that you can’t help but compare their games to their other games. That, to me, is the primary problem with Rising Sun. I enjoy the gameplay, and the miniatures are the same CMON level of awesome, but I can’t help but compare it to Blood Rage. And for me there’s no comparison; Blood Rage is, by far, the superior game. Without that Rising Sun would be on my list of Best Area Control Games, but when your older brother does it better than you, you just get relegated to the kiddy table.

10. Architects of the West Kingdom

Worker placement may be one of my favorite mechanisms ever. I fell in love with Stone Age early in my board gaming life, and it’s just stuck with me. Architects is just a worker placement game done exceptionally well. Much in the same vein as Coimbra, it doesn’t really try to be anything fancy. Sure, the prison mechanic is cool, and I think it adds a lot to the game, but intrinsically Architects is pure worker placement, and I love it for that. 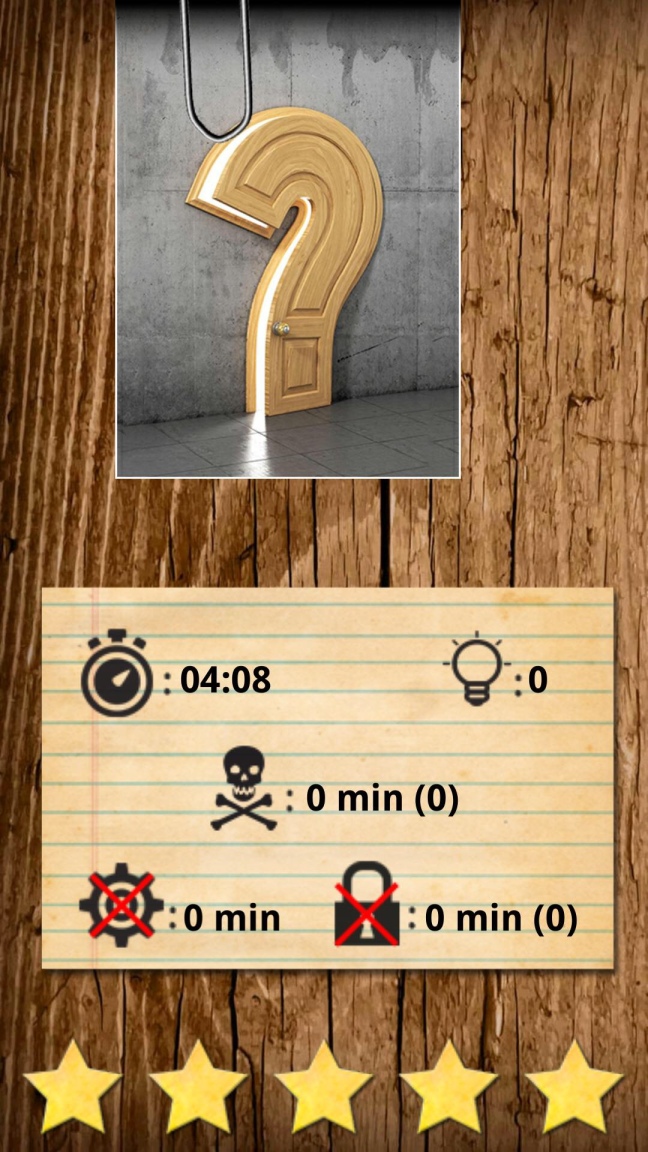 Much like Detective, I just can’t rate ‘one and done’ games that highly. As least in Detective there are 5 acts to go through, but in the Unlock games it’s just one playthrough. Still, I enjoy these games immensely and make a point of playing them every time a new set comes out. For that reason I feel the need to mention them as a whole, while not singling out any one of them. 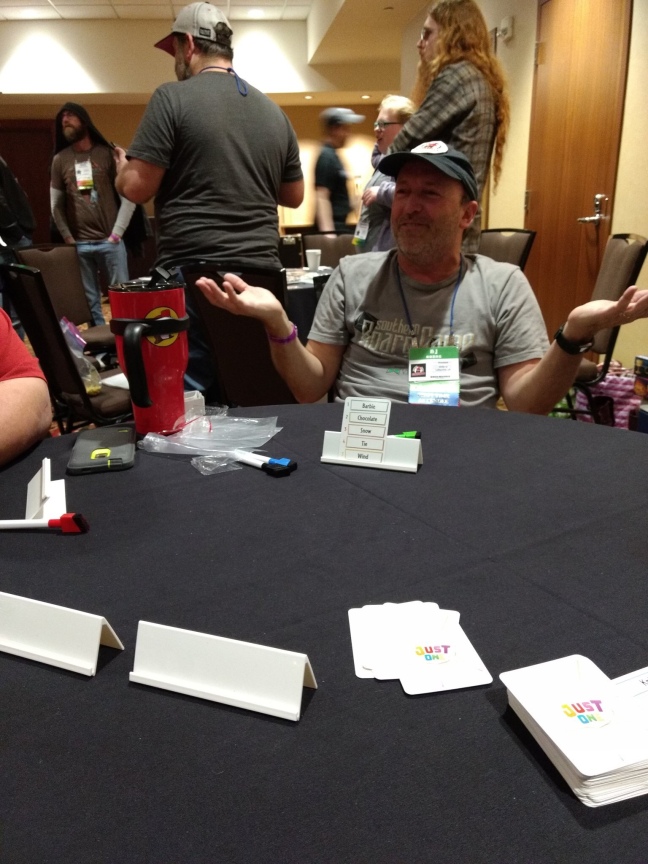 ‘Party Game of the Year’ does not make my Top 10, but it’s definitely worth noting. There really isn’t much else to say about this game other than, why the hell was this not a game already?

We just cannot get to every game here in the Gumbo, although Bradly and Carlos probably try the hardest.   What about those games that came out in years prior but really excited you when you play them first the first time?  Here’s Bradly with a couple of games that he first played in 2018 that would have made his top list of games from years past. 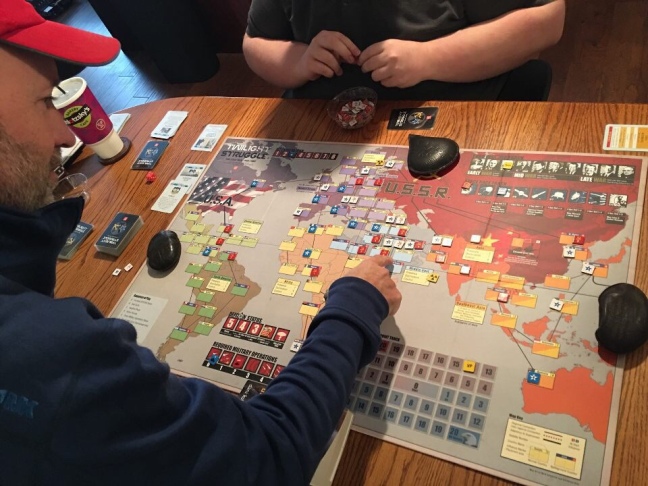 I have a general and well documented dislike for 2-player games. So when I tell you that Twilight Struggle is not just one of the best 2-player games I’ve ever played, but one of the best games period, you know it’s serious. I probably don’t even have to tell you that it’s a good game because it’s #5 on BGG all-time, and it came out in 2005. Nothing lasts that long at the top without being seriously good. And know what’s even better? It’s on Steam!!!! Oh my God, I want to play it right now!!!!

I would normally not have a #2 here, but I felt I needed to. Before December, Flow of History would have run away with my ‘Best New to Me’ award. Considering reprints I’m not even certain what year it qualifies for, but if it had been a 2018 game it would have probably been my #2 or #3. I have likely played it more this year than any other single game, it’s that good. Really, go and get it now. This is the end of my list anyway, so you have no excuses. And don’t even try and find the ‘Deluxified’ version, the retail version is fine, it’s box is smaller, and it’s really cheap. (ed. note: Bradly forgot to take his medication while writing this sentence. Nurse!) Go, now!

So that’s Bradly’s top games of 2018. You can reach him on Twitter at @BradlyBillingsl if you want to discuss the list.

Stick around the Gumbo as we will post BJ’s top list of games from 2018 shortly, followed by a general re-cap of the rest of the Krewe’s top games, top new-to-me-games, top games we didn’t get to play, and most anticipated game of 2019.