As anyone who follows me on social media knows, I’ve played Coimbra a ton since we bought it at GEN CON 2018. I have taught it to numerous groups, and my copy has been played at Gumbo Game Night every month since August. I’m still diving into all of the strategies of the game, but even with all that is left to discover, I just can’t lie — I was excited to hear that the designers have come up with some new content for the game.

It has been out of print since it first was offered, but is now back in stock on the Eggertspiele website. Just know going in that the marketing is a little confusing. On the BGG forums, it is called “Royal Treatment”, and there is mention of that on the Eggertspiele website, too. But it is also referred to as Coimbra: Dice Box in some of the materials. Just so you know, they are one and the same as far as I can tell.

I have not played Royal Treatment / Dice Box yet, but here is the low down. First, you get a tiny sized box perhaps ⅙ the size of the main Coimbra box. The design is very artsy (and a little hard to photograph). I love the color and the look once the wrapping is off. 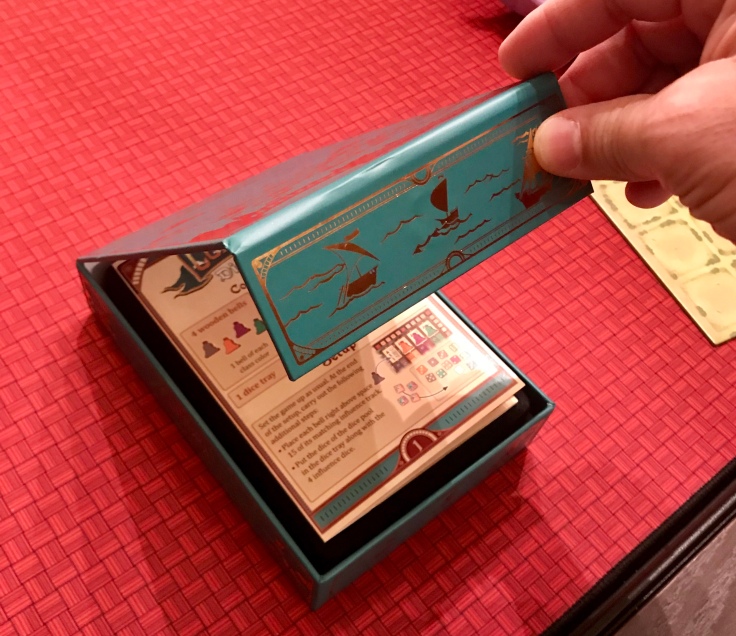 Open it up — with a satisfying click as it opens and closes, because the box opens like a chest and has a magnet in the lid to keep it closed — and you will find four things: 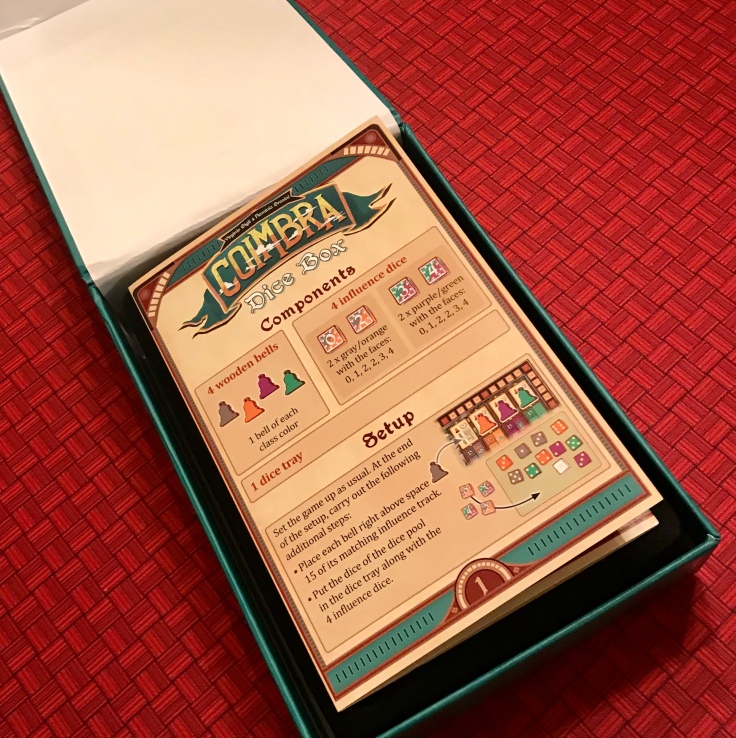 The object of the mini-expansion is two fold. First, players will add the influence dice to the initial dice roll each round. These dice are, of course, multi-use. Everyone on their turn will pick one at some point. The dice allow you to purchase the four currencies on the influence track (shields, coins, VPs, and movement) for the cost listed on the dice in coins, shields or victory points. The numbers range from 0-4, meaning you could pay zero coins to get a decent return, which is charted by matching the dice number and the color of the influence track with the reward that normally comes during phase E corresponding to that dice face. 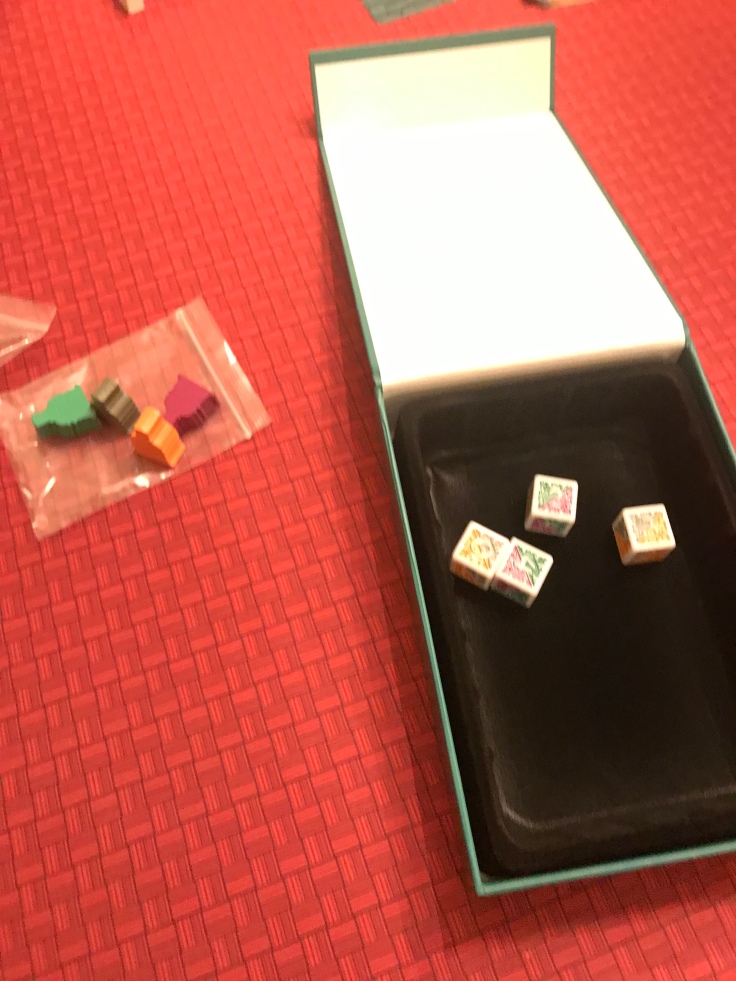 But there is another use for the dice. Remember those bells? They go on top of the 15 point area on each influence track just waiting to move downward. Once the influence dice are selected, and once players pay the cost and get the reward, then the player moves down that appropriately colored bell the number of spaces listed on the dice face. Interesting? It is at the end of the game, because players can earn as many as 15 points if they can move their influence marker past all of the bells on the chart.

And that’s it. A simple little addition of dice and reverse influence trackers that can add some interesting decisions to what was my game of the year for 2018. Have you played Royal Treatment? If so, post a comment or send us a tweet @boardgamegumbo. I’d love to hear about your experiences.