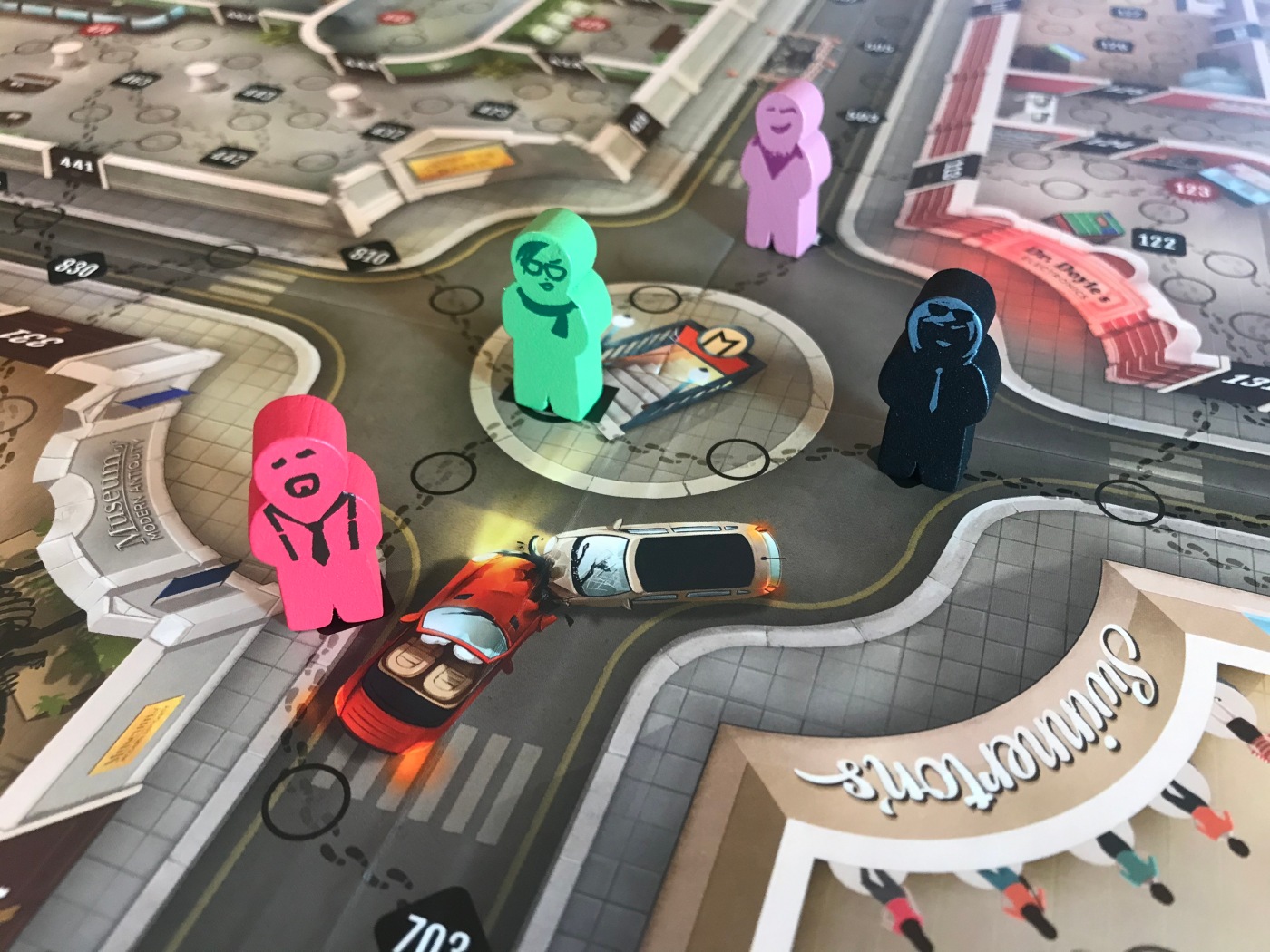 Stop Thief! was a game that I played at a friend’s house and enjoyed the combination of electronic and plastic whizbangery and cardboard. Cleaning out my mother’s in law’s spare bedroom after her passing last year yielded another copy that my wife had when she was a kid. Good memories!

So I was excited to get a review copy of Stop Thief! from Restoration Games. Restoration Games are the virtuosos of taking older games with nostalgic feelings of goodness — feelings that may not actually correspond with the old gameplay! — and giving them a modern look and a freshening up from a mechanics standpoint. Could they do it again?

Stop Thief! did not disappoint.  We previously produced a video showing some of the changes from the old game to the new, especially in this updated version from Restoration Games that improved some of the card play.  Click here for that unboxing and inside look at the game play itself.

Stop Thief! (the Restoration Games version) originally came out in 2017, and was freshened up by Rob Daviau and Justin D. Jacobson, with art from Roland MacDonald and Jason Taylor, from an original design by Robert Doyle (the King of 80s electronic games).

The copy we were sent is the new “second edition” of the restored classic.  This new edition replaced the original cards from the first with cards that tweaked some of the special powers to make them a little more family friendly, a little less “take that.” There’s a new “green investigator” with updated abilities. Plus, there’s the new cooperative thief deck, a pack of thief cards that all have special abilities that come out one at a time for you and your krewe of thief-catchers to find in the city.

I got a few lacrosse dads together to try out the new cooperative thief deck. They are not necessarily “heavy gamers”, but are usually willing to play lighter fare with me. We played both the competitive and cooperative decks back to back to see what we thought. While I prefer the competition of going tete-a-tete with other gamers, I have to admit that using the app (that Restoration Games provides for your iOS devices for free) in conjunction with playing it cooperatively is a fun way to introduce modern gaming to your friends.

If you are looking for a family game that is easy to teach, plays easily in a half of an hour to an hour (depending on the mode), and still has enough meat on the bones to satisfy your weekly game group, you should check it out.

Here’s me and Jeremy from Man v Meeple reviewing our plays of Stop Thief! with the Board Game Ambassador, Verla LeBaron, on a recent Gumbo Live!