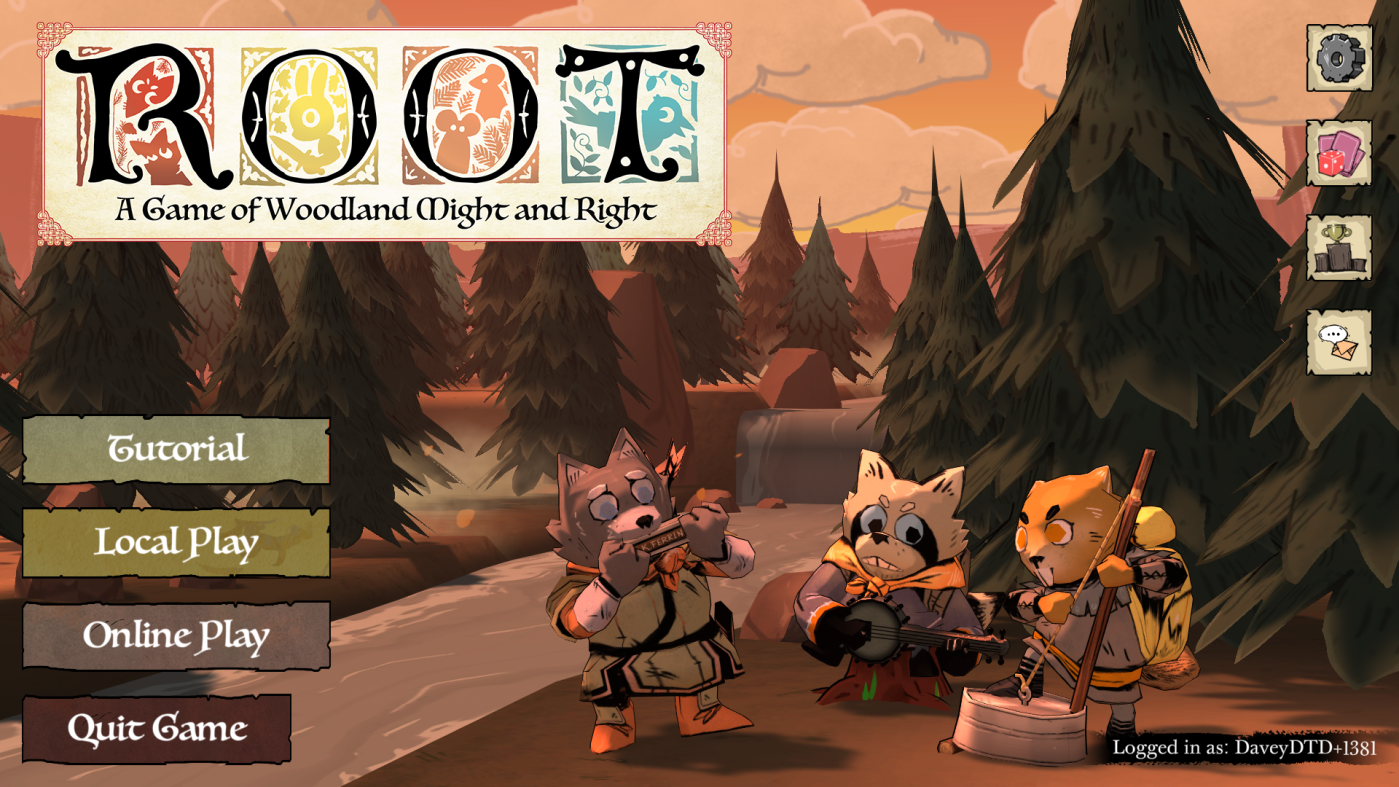 A Game of Woodland Might and How to Implement a Digital Version Right.

The year was 2018. August and GENCON were just around the corner. I was broke, and despite attending the two previous GENCONs with the understanding of my lovely wife, I knew 2018 Gencon was a no-go. The idea? Go to GENCON vicariously through our Gumbo Krewe leader, BJ from Board Game Gumbo.

I learned from my previous two Gencon experiences to just purchase one or two games, instead of my eyes being bigger than my stomach. I told BJ the one game I wanted that year was ROOT. BJ told me of long lines at Leder Games with threats of being sold out before he got to the booth, but he made it just in time. When he came back to Lafayette, Louisiana with ROOT in hand, my eyes swelled bigger than the eyes on the Vagabond.

Root is an asymmetrical war game in the vein of the GMT COIN series games. You choose a starting faction that plays completely different than all the other factions, but all try to achieve the same goal. The two victory conditions are 30 points OR controlling certain locations on the board. Along the way there will be card play, combat and negotiations. There is a lot going on in ROOT which will bring me into the next discussion of my review of the digital version of ROOT, out from Dire Wolf Digital right now on Steam, who were kind enough to provide us with a review Steam code.

THE APP MAKES IT EASY:

The game is littered with miniscule rules that are easily referenced in the rule book but easily forgotten as well. One of the struggles I had with ROOT, and games of its ilk, is that it’s hard to keep up with every little procedure. Not only is it hard for you to keep up, but it is hard to make sure first-time players are playing correctly. Just for example, I would sometimes forget (especially when I was rusty) if The Woodland Alliance had a Sympathy token on a space and an opponent of theirs would land onto that space or remove that sympathy token. That opponent would owe The Woodland Alliance a card matching the clearing location if they could not do so The Woodland Alliance player would give you a random card from their hand and if they could not do that The Woodland Alliance would pull a card from the deck instead. You couple the miniscule rules along with how extremely asymmetrical every faction plus adding in the expansions you have a lot to keep track of. 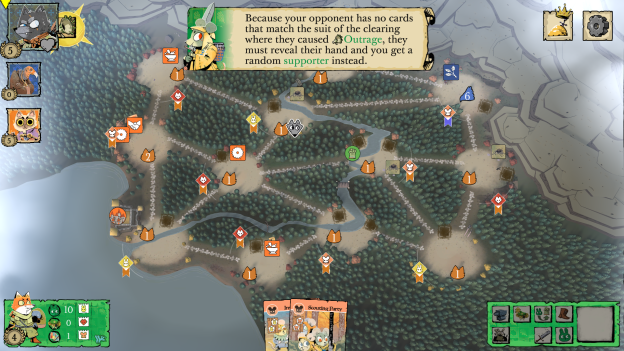 Well, with this app everything is tracked for you. If you want to move, the app tells you who can move, where they can move, and lets you select how many warriors to move. You are reminded of what you can do on your Birdsong, Daylight and Evening phases of your turn. At any time if you forget one of your rules or what your opponents can do, just click that faction’s avatar and you will have a detailed list of special abilities. No more thumbing through rule books — Everything you need to know is a click away. 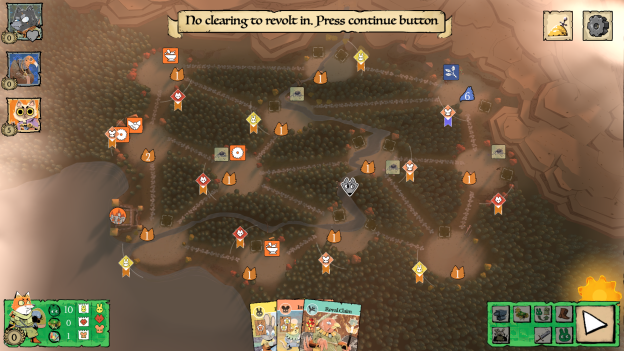 Next, I want to talk about graphics and animations. The way the game board looks on the screen is amazing. If you scroll out as far as possible you get the view of how the actual board game looks. All the cardboard chits and wooden warrior meeples look and feel like you are playing the game in person. If you scroll in, you seamlessly see an animation of buildings and warriors. When you enter in combat you get this animation of opposing forces charging each other, their fate based on the roll of a die. Then you get this cloud of violence similar to Popeye fighting Bluto with the victor standing tall at the end. The animation is done to perfection and encapsulates everything in ROOT.

Having played one of Dire Wolf Digital’s other digital implementations of existing board games, Raiders of the North Sea, their love for board games shine as they breathe life into these digital versions. Dire Wolf Digital deserves tons of praise and kudos as they did an excellent job. 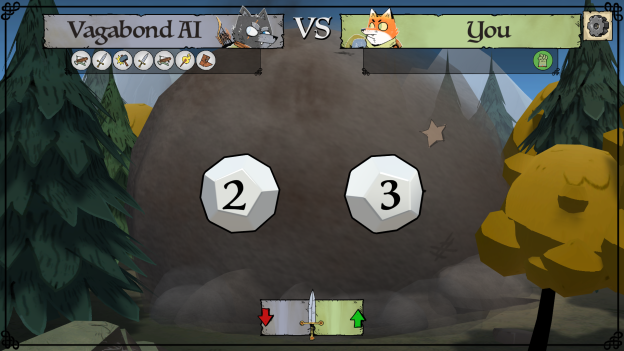 Playing the digital version of ROOT gives you the feeling of sitting outside in your robe in the morning, cup of Joe in hand, watching cats fighting birds in your front yard while a squirrel sneaks from behind eating the birdseed in the feeder. It is pure chaos while you get to sit back, relax and enjoy the show. While nothing can replace the feeling of shuffling cards, moving wooden meeples on a game board, and banter between friends, this implementation gives you one of the best feelings of actual in person game play of any digital board game app I ever played.

If you enjoy ROOT and are looking to get together with friends but still stay pandemic friendly, this version is for you. If you never played ROOT before do not worry, this app has a tutorial for each faction, and it does a really good job of getting you up to speed. I wholeheartedly recommend trying this app out. Not only is ROOT an entertaining game but this version might be that much better.